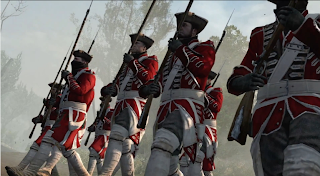 On February 10, 1780, fast-moving footsteps kicked up dust on the wooden staircase leading to steeple of St. Michael’s Church.
Newspaper editor Peter Timothy, with a spyglass tightly clutched in one hand, grabbed the banister with the other as he bounded the steps two at a time.

Like bees in a rose garden, rumors buzzed around Charles Towne. He needed to find the truth.
Sweat broke out under his gray wig and panting for breath, he finally reached the port city's tallest lookout. There he placed the spyglass against one eye.  Slowly, he scanned across miles of the Atlantic Ocean and South Carolina coast. with its low marshes and sandy beaches.

When he looked south towards some nearby sea islands, a shocked gasp escaped from his mouth.

The British Army had arrived.


Audrey hated the uneven metallic sound her steel braces made with each of her lurching steps.
She hated the pain they caused where the top leather strap rubbed against her hips.


On the train bound for Warm Springs, Georgia, the seven-year old especially hated when people looked at her with curiosity or worse, pity, as Papa carried her up and down the bumpy aisles.
She hated everything about polio since contracting the disease last August.


The summer of 1927 had been the best in her young life.
Mama and Papa had rented a two-bedroom cottage on Kure’s Beach, 45-minutes from their home in downtown Wilmington, North Carolina. Painted sunflower yellow, it sat less than 100 yards from the Atlantic  Ocean.

Early in the mornings, she and Mama went beachcombing.  Usually they found shells, but sometimes after a storm, interesting and strange things floated up to the beach. They had discovered coconuts, an orange, a deflated football and a rusted sign that said "Drink Ovaltine."

When the sun's rays grew hot, Audrey ran fast across the burning sands. Jumping in the Atlantic's crashing waves cooled her immediately. At night, the sound of the rolling surf lulled her to sleep.

Yes, it had been a perfect summer...until August 28,

Swinging her legs out of bed that morning, Audrey screamed when they failed to support her. She crashed hard on the wooden floor.

"I'm afraid your daughter has polio," said Dr. Nelson a few hours later.  His normally friendly face was very serious and scared Audrey. So did her mother reaction by bursting into tears as her father turned very pale. His Adam's apple moved violently up and down his throat.

They returned to their house off Market Street in Wilmington.  Starting second grade with her friends was impossible.  Instead, Mama and old Mrs. Strickland, a retired teacher, taught her while a private nurse applied hot steaming woolen blanket strips to her withered legs.

Now a few months later, she and her parents were heading south on the Atlantic Coast Line Railway.  Their destination was a place called Warm Springs.  Dr. Nelson suggested it could help.

The little girl did not know what to expect, but Audrey was sure whatever was at Warm Springs it would probably hurt too.